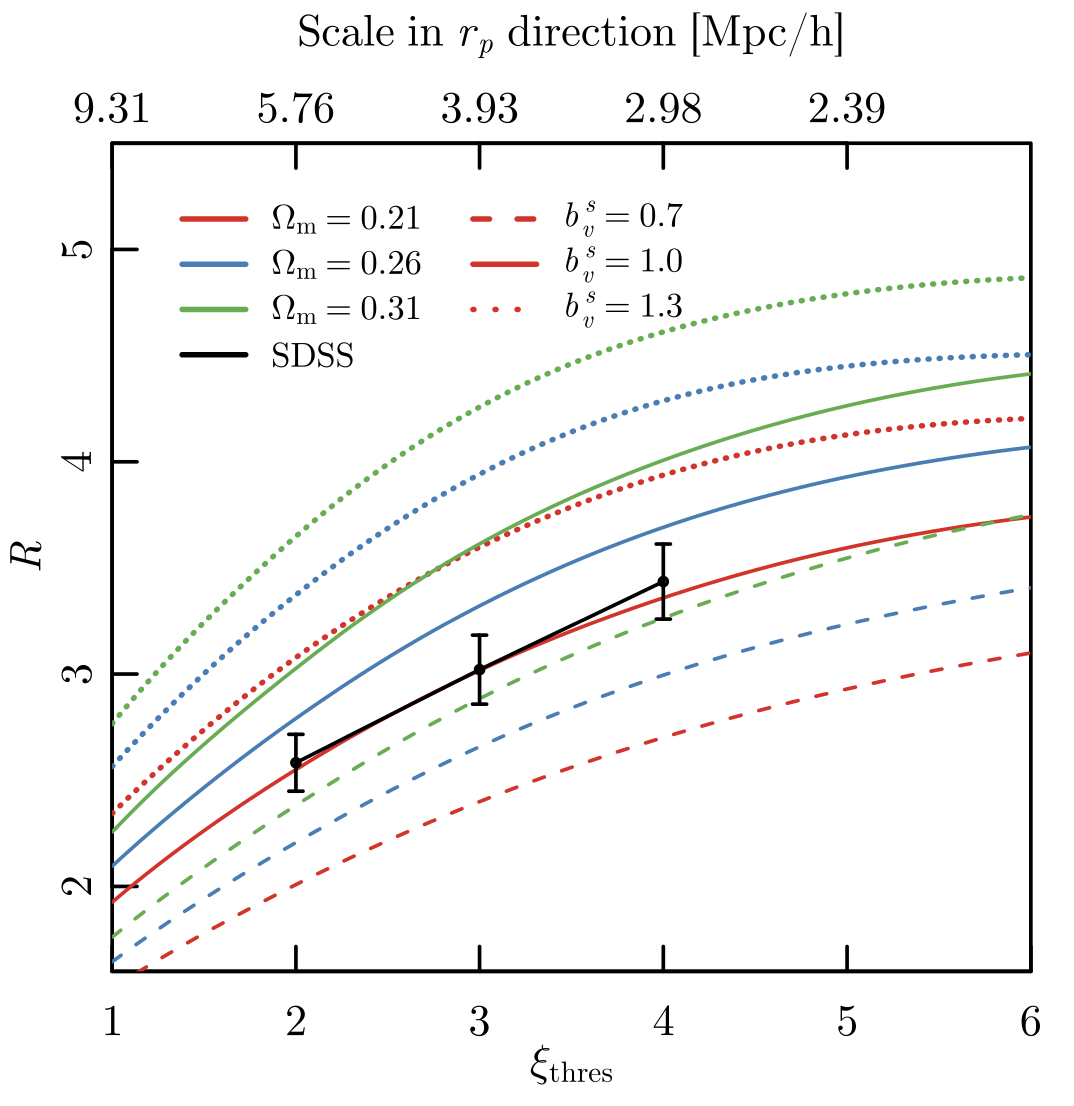 The redshift-space distortion (RSD) in the observed distribution of galaxies is known as a powerful probe of cosmology. Observations of large-scale RSD, caused by the coherent gravitational infall of galaxies, have given tight constraints on the linear growth rate of the large-scale structures in the universe. On the other hand, the small-scale RSD, caused by galaxy–random motions inside clusters, has not been much used in cosmology, but it also has cosmological information because universes with different cosmological parameters have different halo mass functions and virialized velocities. We focus on the projected correlation function w(r p ) and the multipole moments ξ l on small scales (1.4–30 h −1 Mpc). Using simulated galaxy samples generated from a physically motivated most bound particle (MBP)–galaxy correspondence scheme in the Multiverse Simulation, we examine the dependence of the small-scale RSD on the cosmological matter density parameter Ω m ; the satellite velocity bias with respect to MBPs,

; and the merger timescale parameter α. We find that α = 1.5 gives an excellent fit to the w(r p ) and ξ l measured from the Sloan Digital Sky Survey–Korea Institute for Advanced Study value-added galaxy catalog. We also define the “strength” of the Fingers of God as the ratio of the parallel and perpendicular size of the contour in the two-point correlation function set by a specific threshold value and show that the strength parameter helps constrain

by breaking the degeneracy among them. The resulting parameter values from all measurements are

, indicating a slight reduction of satellite galaxy velocity relative to the MBP. However, considering that the average MBP speed inside halos is 0.94 times the dark matter velocity dispersion, the main drivers behind the galaxy velocity bias are gravitational interactions, rather than baryonic effects.

More details from the publisher >

Details from the ArXiV >